Since February 2016 we’ve been producing at least an hour of recorded material for broadcast on Wave Farm. But generating a lot more material each month has gone into  the making of that one hour broadcast each month.

Listening back to the archive is an interesting reflective act. Pick a random month and settle in for some deep listening.

Our output as artists and in particular presenters on Wave Farm depends on regular long form improvisations to which we have dedicated a considerable amount of time over recent months. We’ve consciously stripped back our instrumentation to just sax and guitar with none of our usual use of field recordings, electronics or code. Itinerant Mind this month epitomizes this. Comprised of edited parts of four improvisations that together extend over four and a half hours this mix is high pitched and intense…kind of “brittle” in it’s sonic qualities. A word used to describe our sound in a recent WIRE review.

We were joined again this month by guitarist Ross Oliver for “Morning/Nite” a live hour of improvised and distributed sonic exploration. Itinerant Mind in April was a live improvisation directly referencing our influences including Bachalard’s view of time, producing a work composed of paradoxical, disrupted and unrepeated sounds juxtaposed in a triangulated and tangled engagement. Tune into WGXC 90.7 FM Wave Farm at 11:00am each month on the first Saturday morning US Eastern time. https://wavefarm.org/wgxc/schedule/y1e2ta

It’s after two o’clock in the morning when I get offline – around 5:00pm in the UK, and 12:00pm the previous day in New York. The last thing I’d said was “I’m going to bed…” I feel strange. Not much I had planned meticulously over the previous days had played out. The samples and midi files I had tweeked responding to the agreed improvisational concept hadn’t felt or sounded the how I intended in the telematic swirl of our Wave Farm broadcast. What I’d heard as bells were manifested as string-like, the pianos shrill, not jazzy (brittle they said in a recent WIRE Review). The field recordings I typically use as textures seemed to be drowned out. The mix was chaotic and the screeching feedback inherent in our live work was there for much of the performance. The space I imagined leaving for the other performers had been replaced with an ambiguous noise I couldn’t yet decipher. Annie and Ross’s enthusiasm for what had transpired was puzzling. As we finished Annie had said it was one of our best performance. She liked the ways we’d listened to each other. What had they heard that I didn’t? A viable space must have been there I tell myself. We weren’t playing blindly, each isolated in our own bubble. As we’d played I felt in turn, a relaxed “go with the flow” vibe, anxious as things unfolded, focused as we struggled to reach some kind of sonic consensus that visited fleetingly as we progressed through the two hours online – then finally I let go – it was ok whatever transpired. At some points it all seemed to gel – like just prior to going live and then again at the very end, but as the broadcast had progressed the chaos reigned … normal for improvisers I tell myself…normal…but there is nothing normal about this space, this tangled engagement … the sound of artists 16,846 km communicating in real time through sound and deep listening.

Listen for yourself here…

Listen back to Outward [Noise] our March edition of Itinerant Mind on Wave Farm, WGXC 90.7-FM, Greene and Columbia County community radio @mixlr . Annie and I played with artist Ross Oliver and it was a really enjoyable jam. This is a recording of the broadcast plus the set up for the show. 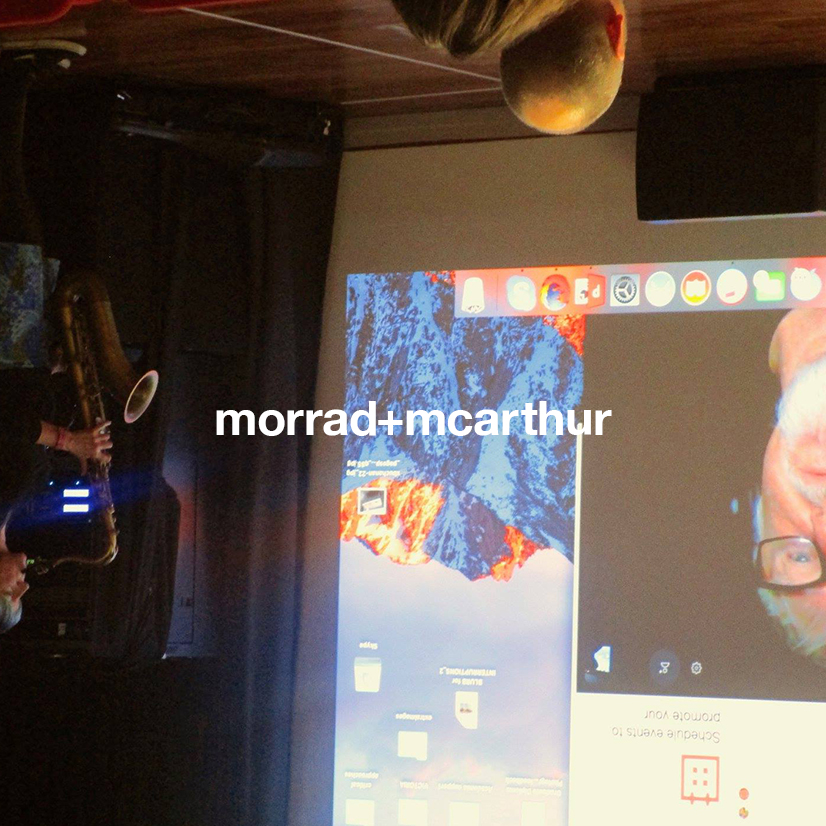 We were also recently enlisted as part of the seminar “Interruptions: Disruptive discourses in screen, sound and photography” at London College of Communications (LCCLondon) on the 7th of March as part of Research Fortnight.

Our presentation and telematic performance discussed and demonstrated the building of structured assemblages of experimental sound and music that underpin the ongoing testing of telematic ecologies of improvisation and collaborative composition as a means to generate newness and new sonic spaces. The image (above) is from our friend Lee Campbell.

This month’s Itinerant Mind was a live improvisation of three new durational soundscapes. All continue our recent experiments with new material and processes.
Timezones:
New York: 11:00am Saturday

We use Mixlr and Skype for our live broadcasts via Wave Farm and more regularly to improvise between Australia and the UK. Our live page can be found here.  Back in rehearsal/recording mode, we have just been exploring two new compositional propositions both exploring to an extent the potential of incorporating AI derived content into our telematic improvisations.

In other news and despite the typo on our name – our album “Shadowed” made number five in this month’s Rays Jazz at Foyles top ten list in Jazzwise magazine (the UK’s biggest selling jazz monthly and the leading English language jazz magazine in Europe). Neat!

We (Annie Morrad and Ian McArthur) live at opposite ends of the planet. We compose and play collaborative live performances through the use of digital software Mixlr and Skype .

Mixlr is an Internet radio platform through which McArthur broadcasts electronic sounds, field recordings and live mixing. Morrad plays live improvised alto and tenor saxophone against these. Skype enables the artists to create networked live improvisational performances but also enriches their work through its inherent defective elements. Skype produces effects such as time delays, glitches, feedback and distortion. These problematic sonic artifacts have been widely discussed in discourse about telematics and live performance in terms of latency and the challenge it presents to artists. However, in the live improvisations of Morrad and McArthur these otherwise undesirable and unpredictable ‘accidents’ are all utilised. The use and extension of prior technical or experiential understandings to produce sound art creates the potential for new knowledge and language.

When playing a live instrument with the digital a unique is formed. Whereas digital sound is electronically mediated, the traditional instrument is forged from established understandings of music shaped within a Western scalic use of wavelengths. Playing saxophone requires physical responses formed from a reaction in the breath through a bamboo or plastic reed and fingers on a set of metal disks. Expanding such a technical device by re-contextualising or extending its intrinsic dimension to re-arrange or reinterpret existing concepts can communicate, re-communicate and delineate new positions on established tropes or generate novel sonic concepts. In live performance and improvisation the networked digital environment created by Skype produces an uncertainty about what is coming next. A human player creates rhythms that one can predict but live digital output is inconstant. This exciting and emergent aspect manifests as interference, feedback, glitches, frozen screens, delays, echoes repeating back, and environmental sound sent from the original source.

A frozen screen can be a nuisance, but also provides space within the piece – a moment for reflection on what was heard. Glitches provide a textural palette of information. As an enlivening element the delays and repeating back enable a complex sonic dialogue through which the artists can respond. The repetition of continuous sounds alters over time and can be augmented on each repetition, creating complex, momentary expanded improvisational spaces.